Hey my Pannies how are you guys doing?! Well going to take a whole different swing on it. I put lots of thought about this weekly topic and I finally got a great idea. From now on I’m going to post my top 5 of the week. I hope you guys will like it, just comment below what you guys think of my top 5 of the week!! It may vary from a certain genre to a certain language so just it out. I will post the videos below but for your information not all of the songs exist out of a MV. If the song does not have a MV then I’ll just put a random video with the lyrics down below, just for your information. Ow and to be clear this is MY top 5 of the week meaning that these are my preferences and that it could vary from oldskool songs to newskool!

My top 5 of the week would be (in no specific order):
* Robin Thicke – Blurred Lines ft. T.I. & Pharrel
* Kim Jaejoong – Just Another Girl
* Spica – Tonight
* Emeli Sandé – Read All About It

* Kim BoA (Spica) & Led Apple – Just Give Me A Reason (cover)
This song is totally addicting!! Robin Thicke is SOSO popular these days and I just totally luvv the songs. The beat is up-tempo and I just totally luvv it.
Robin Thicke – Blurred Lines ft. T.I. & Pharrel
Another song & video that I’m luvving is the new song of Kim Jaejoong. The song came out on the 28th of October and has currently almost 600.00 views which is less than I would’ve expected. The song is totally awesome. It’s his first solo album track and I ‘d say just see/listen to it for yourself.
Kim Jaejoong – Just Another Girl
This song is very me meaningful to Spica themselves and I’m totally luvving it. The MV was brought out about 2 months ago and doesn’t even have 700.000 views which is very uncool for them because Spica is actually a very strong vocal group. They thought by themselves that they did bot made it in this industry and this is when they asked Lee Hyori for help to be in their MV. Lee Hyori being their mentor and being in the same company she off course promised to do it. So I hope you guys will check out the MV out and support them. My fav. member would be definitely Spica, she has the most amazing voice I’ve ever heard. BoA an IU were trainees at the same time and I just hope you guys will check them out!!
Spica – Tonight
I did not know who Emeli S. was till two weeks ago. A FB friend her friend covered part of this song and this is how I actually know this song. I really like the emotion behind her vocal and I luvv the first vers. Go and check it out!
Emeli Sandé – Read All About It
This is a cover of P!nk – Just Give Me A Reason. I totally LUVV P!nk AND BoA so for her to cover this song OMG!! P!nk and BoA have very similar voices and that’s why I LUVV that she covered this song. Also her voice is so amazing that she could be a solo singer in my eyes. When you search for BoA on youtube you can see that she did not do much solo/single wise that’s why I’m luvving this cover and she should do more solo activities! Also if you’re familiar with Led Apple go check it out, they are cool too.
Kim BoA (Spica) & Led Apple – Just Give Me A Reason (cover)
I hope you guys liked my top 5 of the week and will go check it out. Let me know what you guys think of the songs and about this topic, Music Monday.
Much luuvess, Lynn W. xo 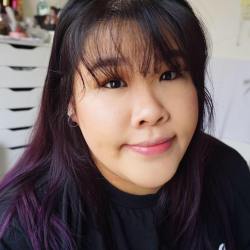