Here’s another blogpost on a korean drama!! The drama is named ”King’s Family” and exists out of 50 episodes. I watch this drama on the KBS youtube channel, you can check it out I’ll put a link below.

Last Sunday I literally had nothing to do, finished my HW and had no plans at all so I stayed home and was just searching on the web and watching youtube vids. I am subscribed to the KBS channel and saw this drama passing by a few times then at that time I just decided to watch it. I am so glad I did though because this drama could actually be realistic. The storyline looks so unreal to me because I’ve never experienced this but this actually also happens in real-life even though I have never seen this before.

Watching this drama makes me so stressful and so emotional that I actually dislike/hate some characters. An example would be the mother ”Lee Ang Geum” she says whatever she wants to to whoever she wants to. I don’t like the character because of her outspoken mind and that she’s not even reasonable but this proves that the person playing it is actually a good actress that I give to her. 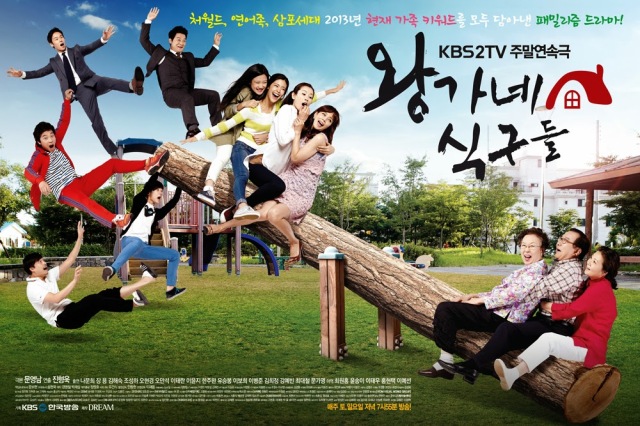 A recap till episode 8:
Soo Bak and her husband Go Minjung were a wealthy family but because of wrong investments he lost all of his earnings and possessions. Soo Bak was raised as a princess as her mother says and haven’t done any work her entire life that’s also why she married a rich husband at the time. After losing everything they had to move as well to a smaller place, a basement with rats etc. Soo Bak is a spoiled brat. Minjung is also going crazy because he has to deliver everything on his own, rice, clothes etc. His mom past away last year and it was very hard for him and his dad. It was his mother in laws birthday but also his moms memorial but he had to go to the birthday and was late for the memorial, I really feel for him.

Ho Bak and her husband Heo Se Dal are quite pore. Ho Bak struggled for over more than 15 years to save all her earnings when her husband was just sitting at home doing nothing. This just changed recently (episode 8) because Ho Bok found a job for him but he quit because of the mean manager. Lee Ang Geum, Ho Boks mom treated Soo Bak the oldest daughter as a princess but the second daughter Ho Bak was treated very porely, it almost seemed like she wasn’t her own and hates her. Ho Bak worked for more then 15 years to save up and give her children a better life/education. She bought a house with a loan but her mom was so mad because she didn’t loan the money to her older sister. Not only does her own mom nags Ho Bak but also her mother in law. Ho Bak is the victim in this drama because she has hates coming from every side of her. Her mom, her sister, her mother in law and her sister in law.

Then we have the third daughter, Wang Gwang Bak. At the time she is the most lucky one. In every drama there’s a love story going on and in this case it’s between Gwang Bak and Choi Sang Nam. Their story is soso cute though. Sang Nam is actually pleying Gwang Bak’s mind with dating another girl but his interests lays towards her. CUTE CUTE CUTE, 2 MUCH CUTENESS!!

The fourth daughter with the headphones on all the time we don’t know much yet, she’s still a bit of a mystery so we have to look out for that.

Wang Tae Bak the youngest son is quite a funny guy. For the ones who does not remember that boy he was the little boy in Playful Kiss with Kim Hyun Joon. He still got it though, funny, cute but grown up!

This is basically the story till now so join me in watching this unreal but real drama and let’s discuss this ! If the audience grown maybe we can start a google hangout.

Ps. here’s a link to the trailer + episodes: http://www.youtube.com/watch?v=fXPzKpw8-h8&list=PLMf7VY8La5RGT0XaOoJ0cVcsfgzphPFVX